An astronaut’s eye view on NZ 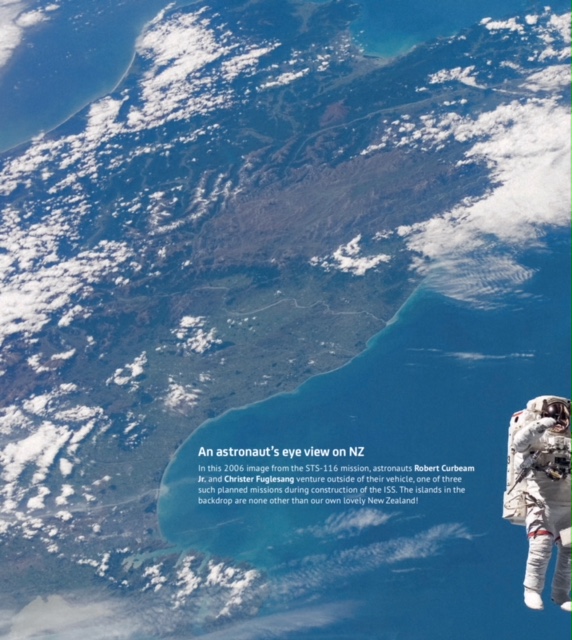 In this 2006 image from the STS-116 mission, astronauts Robert Curbeam Jr. and Christer Fuglesang venture outside of their vehicle, one of three such planned missions during construction of the ISS. The islands in the backdrop are none other than our own lovely New Zealand!

He is a member of the U.S. Naval Academy Alumni Association and the Association of Old Crows.

He currently holds the record for the most spacewalks during a single spaceflight. During the STS-116 mission, Curbeam completed four spacewalks. (Wikipedia)

Married with three children, he was a Fellow at CERN and taught mathematics at the Royal Institute of Technology before being selected to join the European Astronaut Corps in 1992. He has participated in two Space Shuttle missions and five spacewalks, and is the first person outside of the United States or Russian space programs to participate in more than three spacewalks. (Wikipedia)