Why we could not find Machu Picchu so long 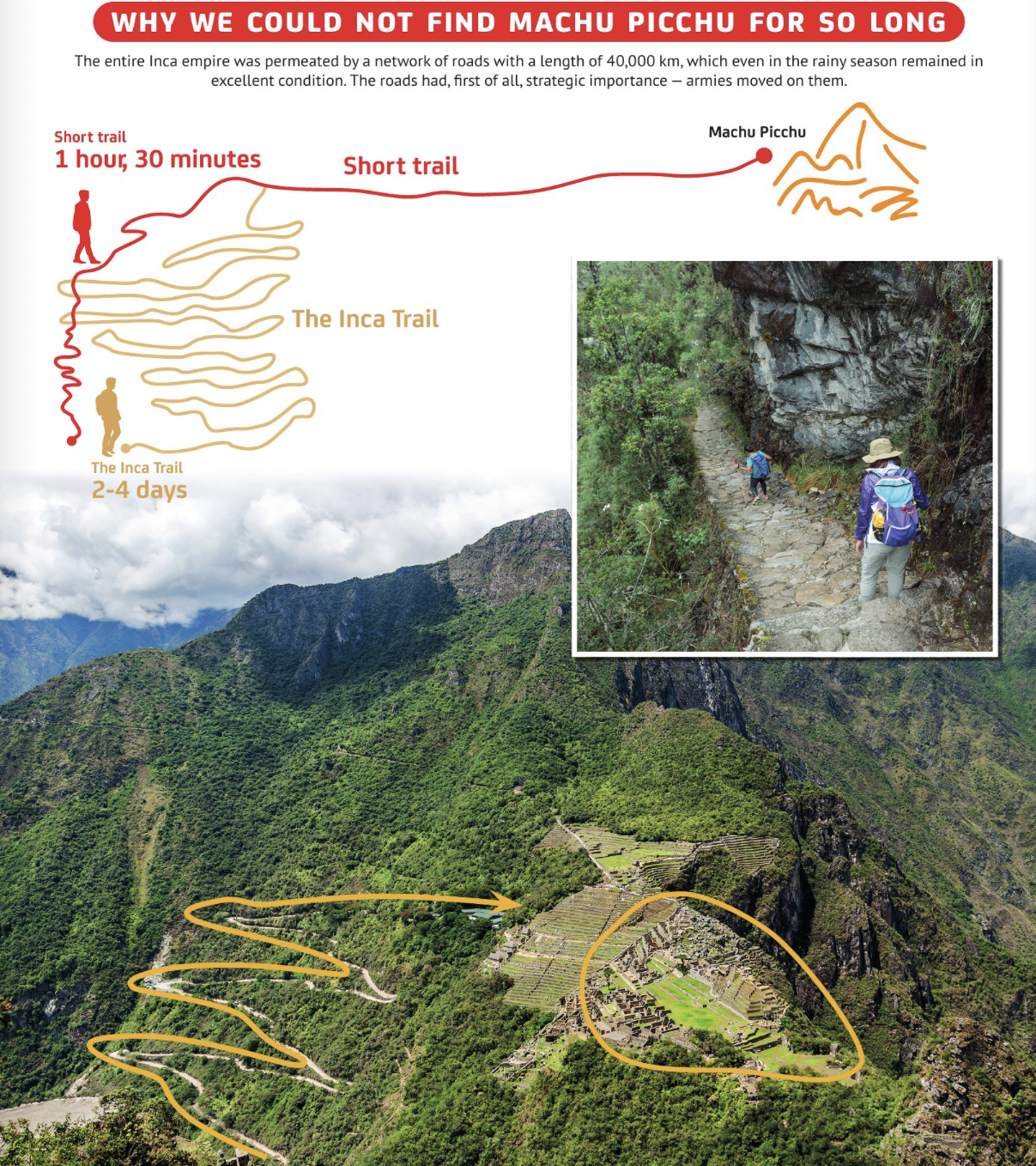 At the time of Christopher Columbus’ arrival to the South American continent, the Inca Empire stretched 4,300 miles, covering most of Peru, Bolivia, Ecuador, northern Chile, and Northwest Argentina – the longitudinal expanse of the Roman Empire. The Incas developed one of the most sophisticated empires of the pre-industrial world. Their orderly sociopolitical management system, highly effective taxation, and advanced agricultural and irrigation methods allowed for an extremely successful state and rapid expansion. The capital of the Inca Empire was located in the city of Cusco, the zenith of its political and economic structure. Through its conquests, the Inca Civilization united much of the indigenous culture of South America, and as such, their capital was the culmination of 3,000 years of indigenous cultural development in the southern Andes. Remarkably, its spatial layout, along with several sectors and individual buildings remaining from the Inca capital can still be observed in Cusco today.

The Incas themselves had no written language, and so much of what we know is based on documents on the Spanish invasion and occupation. Recent research has discerned the Sacred Valley to be the heartland of the Inca Empire, consisting of 100 square kilometers of ancient villages, archaeological remains and natural wealth. In recent years, it has become a hotspot for tourists looking to gain a more holistic understanding of the Inca Empire. The region is brimming with artifacts and ruins simply lying in wait for intrepid explorers. Many of the ruins have spiritual significance, such as the breathtaking Temple of the Condor, which was carved from a natural rock formation into the shape of a condor with its wings outstretched. The Incas believed that the condor represented the spirit and higher levels of consciousness. However, research has determined that the archeological remains found in the Sacred Valley served for wide variety purposes, from tombs to food storage facilities and centers for agricultural research. Despite their knowledge of the Sacred Valley, not all of the Inca riches were revealed to the Spaniards. Rare treasures were concealed in the surrounding mountains, hidden from foreign hands and Spanish swords. It was not until the 20th century that light was shed on the rumors of these sites when Yale archaeologist Hiram Bingham went searching for the “lost city” of the Incas and found what is arguably one of the most important archaeological sites of the Inca Empire.